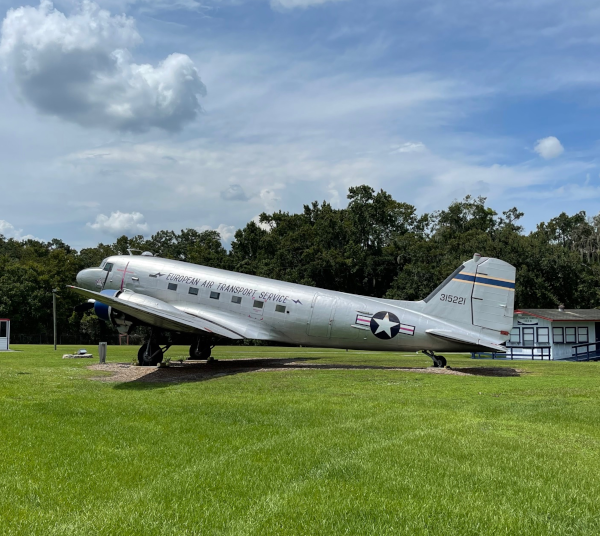 Looking for a fun place to take the kids and learn something new? Tucked away on 80 acres of land in southwest Lakeland is the Florida Air Museum, a space dedicated to displaying some of the most amazing airplanes and aviation devices of the past century.

The Florida Air Museum was first thought of and created in the early 1980s. The annual Sun 'n Fun Fly-In was already in full swing, and the committee and team at Sun 'n Fun wanted a place they could hold year-round educational events about aviation. They decided to take the money that was raised for Sun 'n Fun and put it back into the museum to use for educational purposes, thus beginning a 'mini version' of the Florida Air Museum in 1986.

Today, the museum features tons of kit-built planes, many of which were built in backyards. They have the Red Baron pizza plane on display, a NOAA exhibit featuring information about weather patterns and oceanic activity, and much more everywhere you turn.

One display that catches attention is the Ford Flivver. When Henry Ford was getting started in the automobile business, he had a vision of every man being able to own an airplane, so he created the Ford Flivver. Unfortunately, the COO of his company died in a Flivver, which led Ford to scrapping the project completely and focusing more entirely on automobiles. The Flivver still hangs in the museum today on display as one of the earlier personal aircraft of the time.

Many of the planes that are on display were in the early stages of flight, with some being fully operational and others, like the Woody Pusher plane, being more temperamental. The Woody Pusher was actually donated by a family because of how unpredictable it was. Their father had built the plane before he passed away, but the family decided to donate it instead of selling for fear that it would not work!

Another extra special feature at the Florida Air Museum is its collection of Howard Hughes items, which is the single largest in the world.

Even more adventure and excitement is found when you enter the Sky Lab, a room dedicated to field trips and programs for students. They offer guided flight lessons on extremely accurate simulators, drones for practice flying, and boast an awesome mini airplane design program. Students get to design their plane on a computer, 3D print it, and then put it in the flight simulator 'wind tunnel' to test how well it flies. Perfect for getting in all of those STEM skills!

Keep going through the lab, and you'll end up in a room that makes you feel like you've gone into the next century. A giant sphere hangs in the middle of the room, and with the lights turned down, they are able to project images of our earth, the sun, and more, including live data and ever-changing weather patterns. All of these exciting resources are also a part of the museum's summer camp programs, and they are planning to host 18 camps this summer for ages 5-18.

For the little ones, the Florida Air Museum hosts Tuesday morning story times at 10 am every week. The stories are geared towards 2-5 year old children and usually have quite a few little learners to listen.

Terms of Use | Privacy Policy | Contact Us
Disclaimer: Information and interactive calculators are made available to you as self-help tools for your independent use and are not intended to provide investment advice. We cannot and do not guarantee their applicability or accuracy in regards to your individual circumstances. All examples are hypothetical and are for illustrative purposes. We encourage you to seek personalized advice from qualified professionals regarding all personal finance issues.